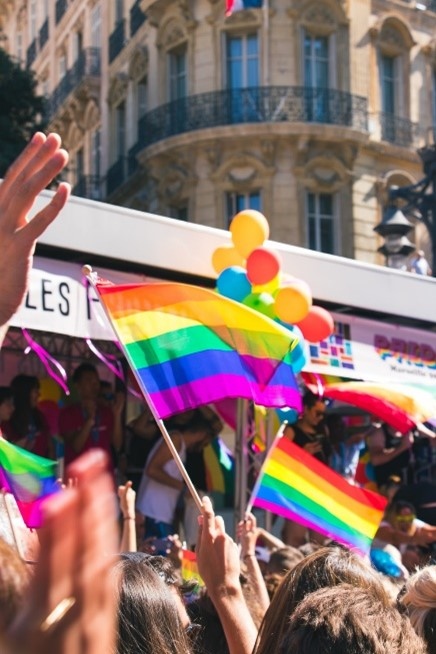 From Alan Turing to Megan Smith, former chief technology officer of the United States, and beyond, LGBTQ+ technologists have made vast strides in helping drive the technology industry forward. A few years ago, data suggested that, in major tech hubs such as San Francisco and Seattle, the LGBTQI+ population is 2-3 times that of the national average. Research shows that diverse leadership makes companies more innovative (critical in tech) and can deliver higher revenues.

Academic estimates have found that 5.1% of U.S. women identify as LGBTQ+ as do 3.9% of U.S. men. Their representation in corporate America, however, is much lower than these levels.[i] Despite visible corporate support (such as sponsoring Pride events), today‘s workplaces are largely falling short of full inclusion. According to McKinsey‘s Women in the Workplace research, LGBTQ+ women are more underrepresented than women generally in America‘s largest corporations. Just four openly LGBTQ+ CEOs head these corporations, only one of whom is female and none of whom is trans.[ii]

Our research shows that stress increases when a person experiences ’onlyness,‘ or being the only one on a team or in a meeting with their given gender identity, sexual orientation, or race. Employees who face onlyness across multiple dimensions face even more pressure to perform. For LGBTQ+ women, who are workplace minorities in both gender and sexual orientation, the only experience is common—and particularly challenging—in corporate environments. LGBTQ+ women are twice as likely as women overall to report being an ’only,‘ and they‘re seven times more likely to say so than are straight white men. LGBTQ+ women of color are eight times more likely than straight white men to report onlyness.[iii]

So, how do you create a workplace culture that attracts and retains members of the LGBTQ+ community?

Here are some ideas:

And probably the most straightforward change of all: stop making assumptions. That goes both ways – don't assume someone is straight, and don't assume they aren't. When a female employee says, my spouse, don't assume spouse means husband. Repeatedly coming out is exhausting, and sadly one in five respondents to McKinsey‘s study had to come out multiple times a week, and one in ten said they had to come out on a daily basis.[i] According to the study, coming out is especially hard for junior employees, so don‘t make them have to keep doing it.

[i] McKinsey, How the LGBTQ+ community fares in the workplace. https://www.mckinsey.com/featured-insights/diversity-and-inclusion/how-the-lgbtq-plus-community-fares-in-the-workplace