From rock star to RevOps with Carol Ann Darling 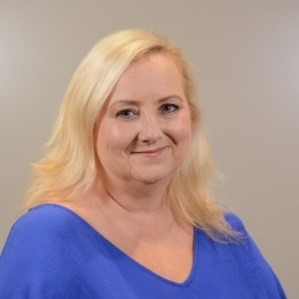 Growing up, I wanted to be a rockstar. My dad was an electronics engineering professor, so I grew up in a home where technology was simply a way of life. After I realized the rock star lifestyle wasn‘t for me, I dreamed of going to university. However, life got in the way, and I lost the confidence to pursue higher learning over the years. When I entered the workforce, I was fortunate to have the skills I had, and I was quickly able to exploit my technology experience.

Early in my tech career, I had a manager who believed in me. She told me at the tender age of 23 that I could run the company one day, and she pushed me to challenge myself and develop in ways I didn‘t think I was capable of. I found success and became comfortable in my position.

Then some significant events shook up my comfortable life and had me question what it was that I really wanted.

Five years ago, I was diagnosed with stage three breast cancer. I had been working in the same job, doing the same thing for 14 years. I knew I could give more, do more, but I‘d settled into a comfort zone. The year before I got cancer, my childhood best friend passed away. She was quite an inspiring woman.

She was a piano teacher and founded a music-based community program for children called Harmony for Youth out of Sarnia, Ontario. She began this program because of the tragic suicide of one of her students combined with the school system in Sarnia cuts to arts programming. Her students, who were originally taking music in school and taking piano lessons from her, no longer had their school lessons. They didn‘t have choir. They didn‘t have those things that, when you‘re a music kid, a band kid, are part of who you are. Seeing their need, she started Harmony for Youth in her living room and offered all her lessons for free. The payment was that the kids had to pay it forward. So, the kids did charity work in the community.

The program grew exponentially. When hurricane Katrina hit, and there were kids in the Astrodome in Houston, sitting and wondering what would happen with their lives, she acted. She gathered up a bunch of her students and volunteers and gathered every book, toy and stuffed animal she could and went to Houston. That‘s the kind of person she was and the difference she made, and her life was cut short by a rare autoimmune disorder in 2015.

In 2017, I was diagnosed with breast cancer. The combination of losing my best friend and the good that she had been doing in the world and then getting cancer myself and facing my own mortality was a real wake-up call for me. I needed to do something different with my life.

I was fortunate to be hired by Quartech, a small Canadian company, and given the opportunity to grow and develop and build things and learn. Quartech sent me to Microsoft Inspire, where I learned about The WIT Network (which I immediately joined) and then the ATHENA Emerging Leaders Program. When Emerging Leaders surfaced, I knew that it was what I needed to push my leadership skills forward. I wrote my essay and filled out my application and hoped for the best.

When I got accepted, I felt like I had won a Grammy. I felt like that long-forgotten rock star had resurfaced.

Being part of the ATHENA Emerging Leaders in Technology inaugural cohort inspired me to take a leap of faith. Now I am halfway through a Bachelor of Commerce in Entrepreneurial Management through Royal Roads University. It also led me to my new role as Director of Revenue Operations at MNP Digital, the technology consulting and solution division of MNP, a proudly Canadian firm.

Life is short. Go after what you want. Don‘t let fear, comfort or insecurities stand in your way, and don‘t wait for a major life event to drive you to act. To quote Beyonce, Girls Run the World. We really do. Don‘t dim your light.