WIT WISE: Thinking of a career in software engineering?

Maybe you should be

Why should more women consider entering the software engineering field? Apart from the fact that we need more diverse perspectives in this field, the answer is simple: there’s increasing demand and it pays well.

Also, it’s fun, dynamic, and flexible. There are so many facets under the software engineering umbrella that you can find your happy place, and so many paths can lead to becoming a software engineer.

We asked three women working in the field to share what they do, why they love it, and how they got there. 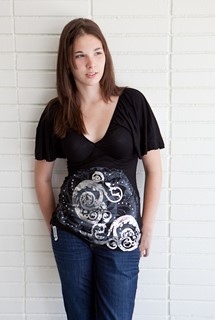 Prior to Red Hat, I spent 11 years in software quality assurance. There’s a lot of overlap between quality assurance and site reliability engineering, but, at the end of the day, what I do is keep the lights on.

Site reliability engineers are the emergency response team for people’s managed infrastructure. If you’re paying Red Hat to run your application, then you’re guaranteed a certain amount of uptime. When something goes wrong, a site reliability engineer’s pager goes off and right away we get hands on keyboards to get it green again—done so quickly the customer never even notices there was a problem.

I’ve always loved technology. My uncle was the only person who ever noticed that, and he taught me how to do networking and firewalls. Everybody else just thought I was a pretty girl and a little bit of a tomboy. My uncle built me a computer. He fostered my love of technology.

I am a true open-source child. I did not go to college. I learned engineering 100% through open-source communities and mentors. My biggest mentor is the founder of a Linux User Group in the San Fernando Valley of Los Angeles (SFVLUG).

My husband and I would go to this Linux User Group every Saturday night. It was held at the back of a Denny’s. We would sit there for hours with our computers, and people would give presentations on things they had deep knowledge about. Everybody there was pretty much self-taught because most of the participants had predated computer science as an option in college. I was able to learn a lot from people who had been in the industry and computing for a long time. Whatever facet I was interested in, there was always somebody willing to sit down with me and go into depth about it.

My husband, who also works in IT, has been my biggest ally. He pushed me to get a job in tech. As a kid, outside of my uncle, I was steered away from technology. My family didn’t believe it was for girls. Although my husband believed in my skills and encouraged me to apply, I felt I didn’t have enough experience or knowledge, and figured nobody would hire me.

So, we made a bet. The winner would get an all-expenses paid vacation to wherever they wanted to go.

I not only got a job; I got the first job I applied to.

I still owe him a trip to Ireland.

I work on the VDO storage solution that optimizes your physical storage stack to give you more bang for your buck. At the most basic level, VDO is a virtualized device added to the storage stack that, reduces duplicated entries, and compresses the data for a more effective use of the physical space.

My background before Red Hat was biomedical engineering.

I started in biological sciences with a bachelor’s degree in speech-language pathology. While I was studying, I became interested in acoustics—how we make sound. I had a professor that modeled it with software. I went, Hey, I want to know how to do that. That seems cool. And he told me that I needed to take some more math courses. So, I took two levels of calculus, differential equations, linear algebra, and I came back and said, Now, can I learn that? 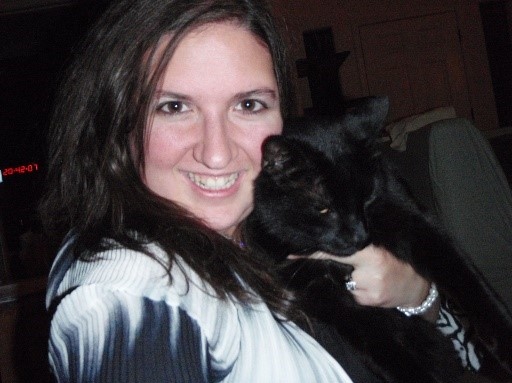 He couldn’t say no. He was my introduction to software engineering. I was learning MATLAB and how to simulate speech waveforms, how to give them different frequencies and make them sound like a human talking. I went on to pursue a PhD. I worked on software programs to help diagnose motor speech disorders by analyzing speech waveforms. But, unable to get a grant in this area, I was told to study something else, something that didn’t require software.

At that professor’s encouragement, and with his recommendation, I switched to a master’s degree in biomedical engineering. I worked on imaging with Optical Coherence Tomography (OCT) and detecting colon cancer using OCT images of mouse colons. After graduating, I worked for the radiology department doing image analysis and looking at ways to automatically detect kidneys in MRI images and fun stuff like that. I've also worked on instrumentation device drivers and software testing/verification.

I think one of the other things that I love most about my job isn’t so much the tech part; it’s the community. There are so many sub-communities to get involved in, whether they’re for neurodiversity or uniting people who love cats. These communities make you feel more human.

When people think of a software engineer, they often imagine the stereotypical white male designing video games or hacking government systems. This image is further influenced by the media. In reality, a software engineer may also be a working mom or someone who has musical and artistic passions on the side. A software engineer can be anybody. 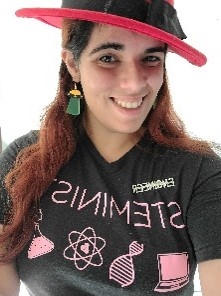 I’ve been in the professional tech security space for a little over ten years. Currently I am part of the Red Hat supply chain security program and spent last year establishing the supply chain security program, including onboarding a team of six engineers, a senior manager, and a program manager. I’ve had the opportunity to work with product teams, engineering teams, and our infrastructure teams to roll out several Red Hat leadership security initiatives in order to improve the security posture of our product build systems. This involves collaboration and open conversation with engineers to come up with an efficient solution to implement security controls.

Red Hat is such a unique and complex ecosystem that every day is different. Right now, I’m evaluating our product pipelines to improve on the security controls that are in place. Think of a chocolate factory. Your final product is a plain chocolate bar. What I do is look into the factory and make sure that when you get that plain chocolate bar, it has no peanuts or other unknown objects. I ensure that at each step there’s no chance peanuts touch the bar. I am the peanut fighter in the supply chain.

Fighting the peanuts can take different forms. One day I might be talking about low-level kernels in the Linux operating system, cloud provider configuration and security controls, and making sure that we have those controls available. The next day I could be talking about containers or docker images or Kubernetes. It’s cool because there’s so much to learn, so much to do. Not only do I get to look at code all day, I get to see how things are built and packaged. I see how things are pushed into infrastructure, how the networking is communicated. I get to use a lot of my technical knowledge and skills to solve these problems.

Growing up, we had a desktop computer. At ten, I figured out how to partition the drive. I had the Windows Operating system that came with the machine, but then I also installed a Linux version. And from there I would always jump over to my Linux version, start tweaking, adding drivers, messing around, installing software, reaching the dark web.

I became my family’s tech support. I found out how to quarantine viruses and how to install printers. In high school, I used to watch NCIS a lot. The character Abby was a digital forensic scientist. I thought she was super cool and decided that’s what I wanted to do.

When looking at postsecondary school options, I had the understanding that there would be more careers and opportunities if I learned how to code. It wasn’t something I really liked doing, but I knew that gaining a degree and an understanding of how to write code and how code works was going to be a competitive move for me. So, I went down the computer science path, but I always maintained a security mindset. I have a bachelor’s in computer science and a master's in digital forensics.

The opportunities are endless

Just to give you an idea of the range of roles out there, here’s a pie chart showing 28 of the 50 most Googled software job titles.[i]

If you like being challenged, if you’re a creative or abstract thinker, or if you are into problem solving or puzzles, then you may find your ideal career in software engineering. Learn more by becoming part of the WIT WISE community.

The WIT WISE community can help you understand the digital cornucopia of jobs, paths, and niches available to you, as well as what these roles are really like. Community members will be able to answer the practical questions, such as how and where to build your skills, which companies have great corporate cultures, and which roles are most flexible. And the Coding Coaches training can help you ace your interview. Join the WIT WISE community to get the support you need.

[i] DAXX, How Many Software Developers Are in the US and the World?

[iv] Zippia, SOFTWARE ENGINEER STATISTICS AND FACTS IN THE US.